Lodge of Fortitude & Old Cumberland No.12 (Original No.3) Acting by Immemorial Constitution 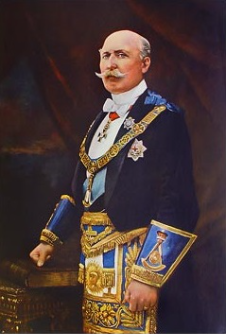 When his brother was obliged to resign the office of Grand Master upon his accession in 1901 as King Edward VII, Prince Arthur was elected as Grand Master of the United Grand Lodge of England (UGLE) and was subsequently re-elected as such an additional 37 times, when the Prince was nearly 90 years of age.

At the bicentenary celebrations of the creation of the UGLE in 1917, Prince Arthur did the Lodge of Fortitude & Old Cumberland the singular honour of becoming Master of the Lodge until his lamented death in 1942.